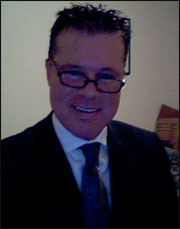 Dr. Hastings grew up in Portland, Oregon. After completing his residency in 1997 at Massachusetts General Hospital in Boston, MA, he established his practice in Lake Oswego. He is Board Qualified in foot susrgery and is a staff podiatrist at Providence St. Vincent’s Medical Center. As a former marathon runner himself, his interests include sports medicine.

1997
Board Qualified
American Board of Podiatric Surgery